Apple this week implemented a server side blocking mechanism to prevent M1 Mac owners from sideloading iOS apps that have not been made available on the Mac by iOS app developers. 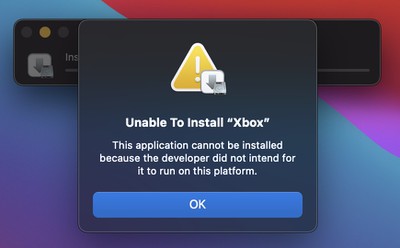 As noted by 9to5Mac, it is no longer possible to use third-party apps like iMazing to obtain an app .ipa file to install it on an ‌M1‌ Mac, a workaround that has been available since M1 Macs launched.

Attempting to sideload an app using the previously working method now results in an error that says “This application cannot be installed because the developer did not intend for it to run on this platform.”

The only ‌iPhone‌ and ‌iPad‌ apps that can be installed on ‌M1‌ Macs are those that developers have expressly flagged and greenlit for use on Macs. Sideloaded apps already up and running can still be used, as this only affects new app installations. The same goes for previously downloaded .ipa files.